The ROMANS are coming to Kickstarter next week! The Kickstarter campaign for our new Profile System game, Centurion, goes live Tuesday, February 9 at 10 a.m. EST.

Thanks to the amazing backers from a previous Kickstarter, Catalyst Game Labs published the original Profile System game, The Duke, in 2013. We updated the game in 2018 with the Lord’s Legacy edition, displaying new box graphics and changing out some of the tiles.

The Duke garnered commercial and critical acclaim, and received the 2014 Mensa Select award.

“This is one of the best abstract strategy games I have ever played.”
–Tom Vasel, The Dice Tower. 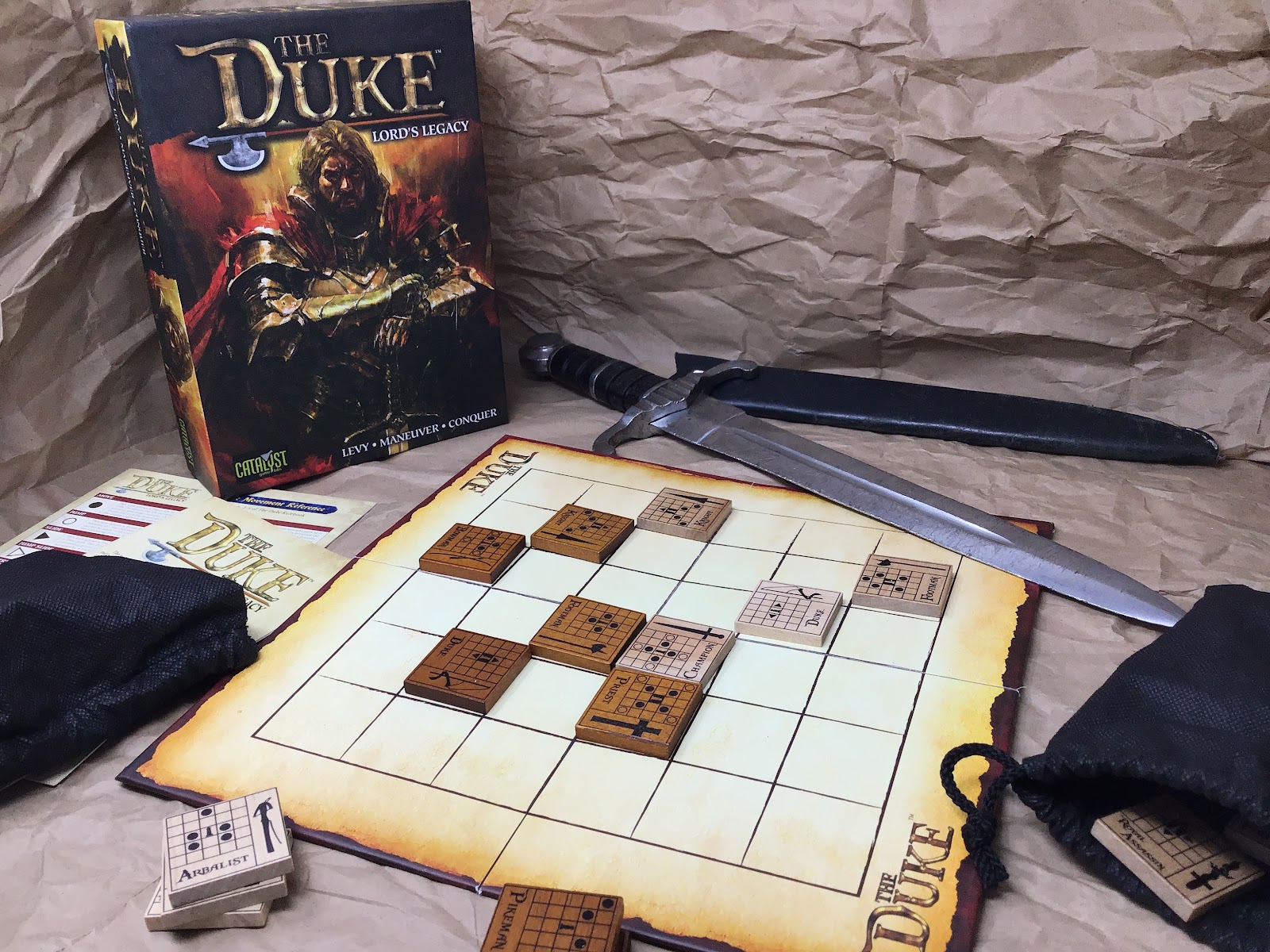 Taking advantage of a brand new ability created specifically for the Legions, Centurion marshals the armies of Rome and sets them out on a path of conquest in their own stand-alone game. As they clash with the northern Jarls, push ever west into the provinces of the Dukes, and rally to their own civil wars, who will take up the standard of the Roman eagle? Who will oppose them?

Thirteen new tile designs compose this new stand-alone game, built around the Legionnaire, Rome’s heavy-kitted foot soldier. Each has the ability to shield a companion or pull a comrade along with the new Formation ability. Bulking up the Legionnaires are the veteran Hastati and shield-wall Triarri while the War Dog and Explorator auxiliaries patrol the edges of the battlefield. Though officers such as the Optio and Tribune command and enforce Rome’s will, the backbone of the army remains the veteran Centurion. Break their will, and the opposing army will retreat from the field.

As with all Profile System games, the Centurion brings its own, wonderful asymmetric play challenges when facing off against The Duke or the Jarl.

To celebrate the launch of this new stand-alone game for the critically-acclaimed Profile System, Tom Vasel of The Dice Tower will stream a live play-through of the game starting at 10 a.m. EST next Tuesday, 2/9: the same time the Kickstarter will go live!

https://www.youtube.com/watch?v=dmjy89ieUMA&feature=youtu.beTom will also be giving away copies of The Duke and the Jarl, so check in for the excitement by clicking here.

While you’re enjoying Tom’s play-through and the launch of the Centurion Kickstarter next week, The Duke is available right now on Tabletop Simulator. That includes all of the expansions, and even a bag of Jarl tiles that can face off against The Duke!

(When in Steam, and after clicking on Tabletop Simulator–before launching it–click on the Workshop button; along the top, to the right. Then search for The Duke, uploaded by Sky Admiral.)